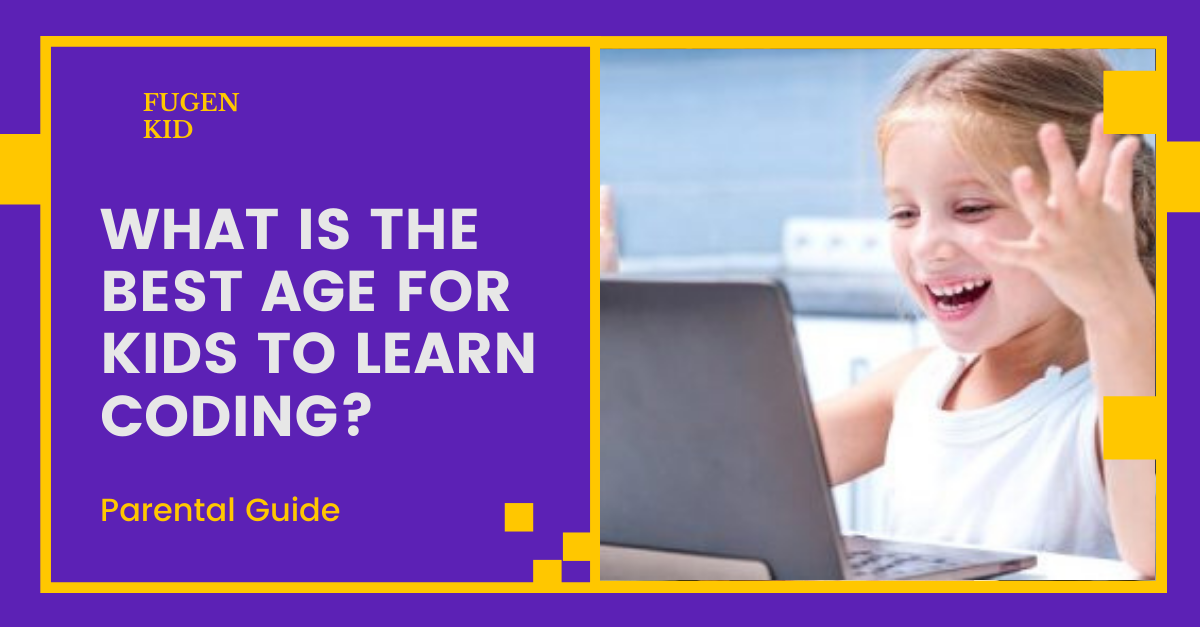 Modern parents are bombarded with conflicting facts and advice on a daily basis. You should teach your child 3 foreign languages. Don’t teach your child a foreign language because their native vocabulary will suffer. Make sure you direct your child towards physical skills and development; focus on cognitive development. What co-curricular activities should you enroll them in? These are just some of the examples that appear in the media and parenting content all the time.

In fact, coding for kids has gained popularity rapidly in recent years as new technology like AI and ML is revolutionizing the Industry and changing the life the way we used to live. One can’t think of living without the technology, it is so deep rooted now.

Typically, experts agree that kids should learn the way to code at the earliest age possible. All children develop at different rates and in different ways. Nevertheless, you can usually start teaching basic exercises to kids from the age of 5 or 6. You could do that by means of introducing numerous logical games that simulate the skills of coding before jumping into a coding programs. Such games are available in abundance.  After a year or so, you may pass on to greater challenging exercises.

Numerous studies have proven that children who code from the start in their primary schooling acquire higher educational performance throughout their learning. A higher percent of children who start coding early gets into the STEAM areas, both in university and in later profession.

It is highly recommended to expose early-age student to coding during K12. 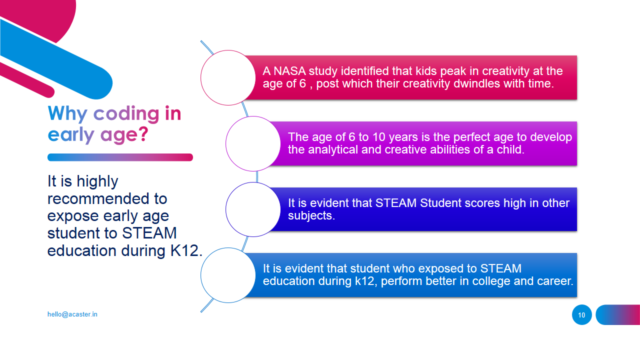 If your child is 6 years old, then they’re capable of grasping at least beginner’s coding concepts.

Coding for kids involves using high-interest forms of content for creative projects. When kids learn to code, it’s typically done under the guide of a game. 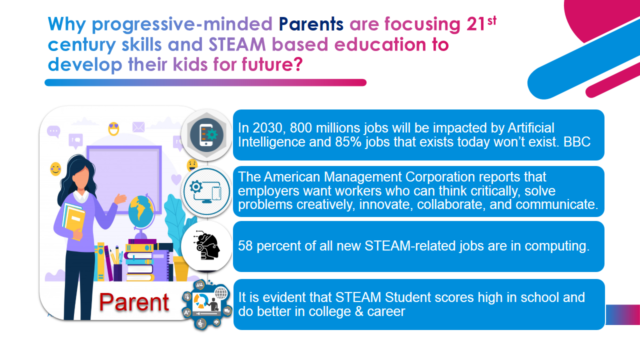 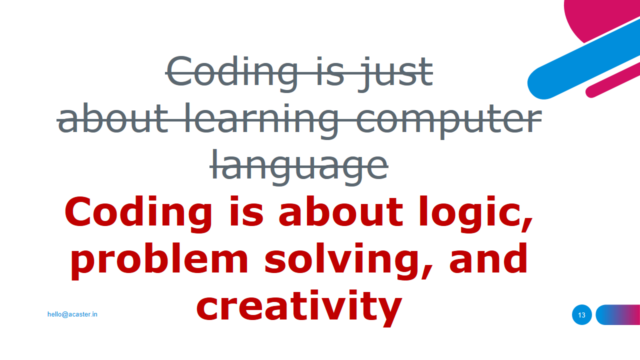 Coding is not only about computer or kid who want to make career in IT fields. But coding helps learner to think behind the scene. It helps kids to express their creativity. 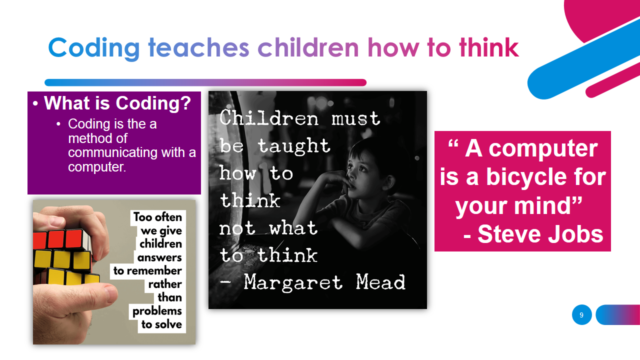 All humans need some kind of a creative outlet after a day of hard work (or in the child`s case, after a day in school). Every kids needs the opportunity to work on something that makes them feel great. Namely, children who don`t usually enjoy other types of artistic expression (drawing, writing, or music) can reach incredible expressive capabilities in coding.

Even as total beginners, they can start creating their own games, websites, apps. For children, as well as teens and adults, it’s very important to feel that they have the power of creation. This, in turn, will help them build self-confidence around their skills and abilities. 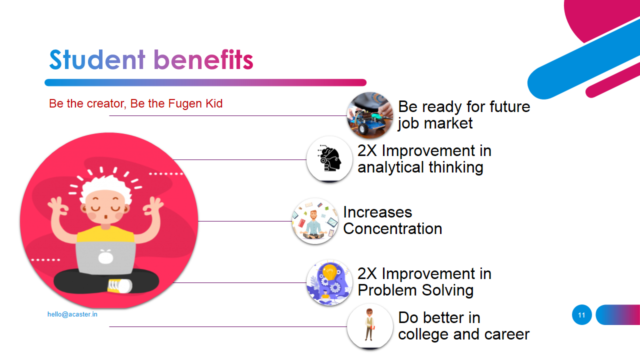 If children are taught to think logically, and they adopt a problem-solving mindset, they will understand complex concepts from coding later in life. Even if they decide to completely move away from coding later in life, and want to be an artist or musician or a manager in corporate world, the ability to understand basic technological concepts, critical thinking, creativity, problem solving attitude will be invaluable in the future.

Learning coding is not to make career only in IT fields, but it help developing 21st century skills like Critical Thinking, Communication, Collaboration and Creativity that helps in overall progression in life.

Learn coding and have fun! Our small group classes, live video experience, and awesome teachers set every child up for success. Unleash a whole new world of wonder when you get started today. 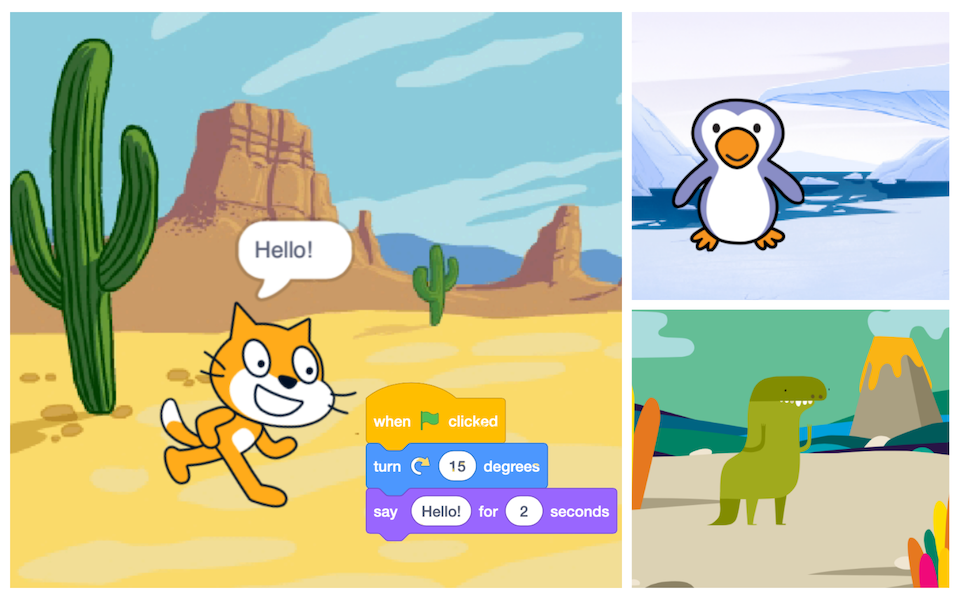 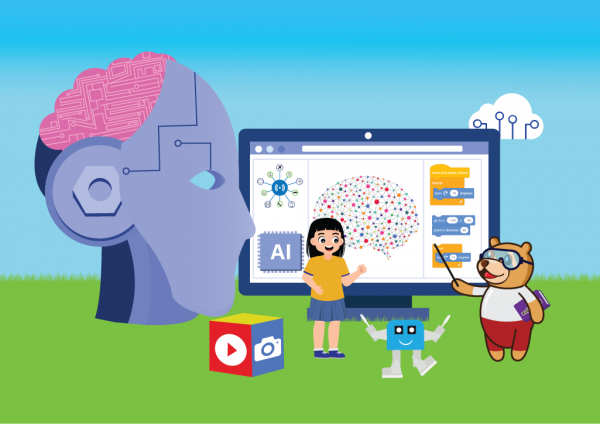 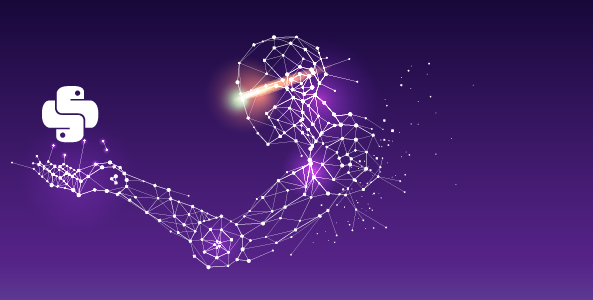 previous
Digital Franchisee - No Space with QIR Plan
next
Your Child's Online Cyber Safety : Download your Free fun-eBook for your kids